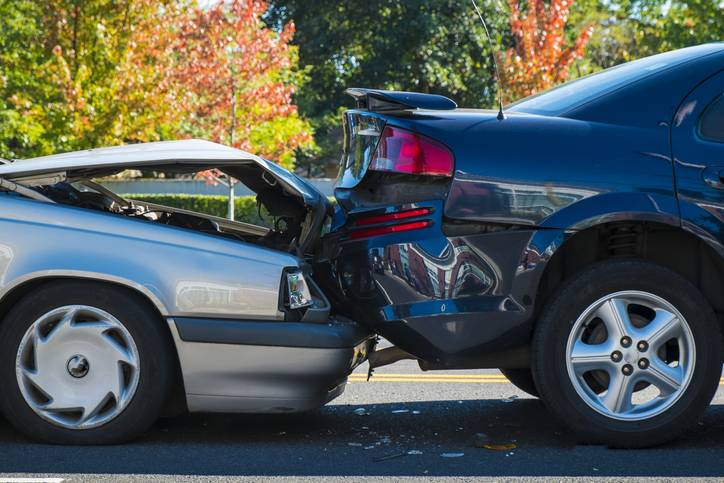 The Honorable Thomas E. O’Brien, P.J. Cv. (ret.) of Ocean County settled a sideswipe motor vehicle accident claim for a 64-year old plaintiff for the sum of $300,000.00.  The collision involved a dump truck and plaintiff’s BMW Sedan.   The liability and damages aspects of this case were highly contested.

The accident occurred when the vehicles were attempting to merge and exit from a main highway.   Plaintiff contended she was rear-ended by the dump truck and defendant driver asserted that the plaintiff changed lanes, passed him on the right and that the rear driver’s side behind the wheel well was side-swiped by the front passenger side of the truck.   The investigating trooper did not see the motor vehicle accident, heard the parties’ respective descriptions of how the accident happened, and did not issue any tickets.

Plaintiff insisted and answered in her interrogatories that she suffered a rear-end hit.  The photos of the vehicles revealed that the Point of Impact was on the rear-side of plaintiff’s car and the front bumper of defendant’s truck.  The accident could not be considered a “Big Hit”. All in all, comparative negligence was a big issue and at mediations the parties were conceding that this could be a 50/50 comparative negligence case.

As to the damage issue, this case involved the usual battle of the orthopedic experts.  Plaintiff claims that her lumbar surgery involving a foraminotomy, laminectomy and discectomy, without hardware was caused by the motor vehicle accident.  In addition, she claims to have suffered cervical herniated discs that will require future fusion surgery.  Plaintiff’s surgeon also suggested she may need a second lumbar revision surgery at another segment.  The defense IME ortho insisted degeneration existed and that the lumbar surgery was performed on the wrong side and unnecessary.   He further opined that any future cervical or lumbar surgery was not needed.  Plaintiff had no pre-existing injuries accept a T-12 thoracic fracture as a result of a 25-year old motor vehicle accident.  Plaintiff had no viable wage loss or per quod claims.

Since this motor vehicle accident involved a truck, this mediation also involved resolution of PIP and property damage subrogation actions.

For guidance on your specific legal issue, please contact Judge O’Brien’s assistant, Donna Oliger, at 732-363-0666 Ext 223, or send him an email at tobrien@bathweg.com.